The Australian Constitution Allows The Government To Discriminate Based On Race 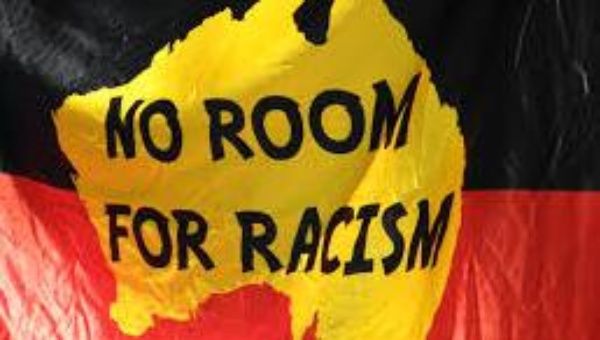 These are embarrassing loose ends left over from drafts of the constitution that were created a long time ago and the time to address them is over due. Issues like this cannot remain swept under a rug forever – something will inevitably happen one day in the future that uncovers this section of the constitution and everyone will ask why Australians never fixed it. We have to take responsibility for being the generation that did fix it.
The following is an excerpt from: https://en.wikipedia.org/wiki/Section_25_of_the_Constitution_of_Australia
“Section 25 of the Constitution of Australia is a provision of the Constitution of Australia headed ‘Provision as to races disqualified from voting’ and providing that ‘For the purposes of the last section, if by the law of any State all persons of any race are disqualified from voting at elections for the more numerous House of the Parliament of the State, then, in reckoning the number of the people of the State or of the Commonwealth, persons of that race resident in that State shall not be counted.”
“The section was intended to act as a penalty, so that if a state disqualified people of a certain race from voting, that state’s level of federal representation would suffer: However the fact that it acknowledges that states can in fact disqualify people on the basis of race, is antithetical to the concept of equality between Indigenous and non-Indigenous Australians.[2] Nevertheless, such discrimination remains legally possible under the Australian Constitution.”
The following is an excerpt from: http://www.recognise.org.au/about/expert-panel-report/
Section 51(xxvi) of the Australian Constitution, commonly called “the race power”, is the subsection of Section 51 of the Australian Constitution granting the Australian Commonwealth, the power to make special laws for people of any race.
As initially drafted, s 51(xxvi) empowered the Parliament to make laws with respect to: “The people of any race, other than the aboriginal race in any State, for whom it is deemed necessary to make special laws”. The Australian people voting at the 1967 referendum deleted the words in italics. Edmund Barton had argued in 1898 that s 51(xxvi) was necessary to enable the Commonwealth to “regulate the affairs of the people of coloured or inferior races who are in the Commonwealth”.[1] The section was intended to enable the Commonwealth to pass laws restricting such migrant labourers such as the Chinese and Kanakas. J Quick and R Garran, The Annotated Constitution of the Australian Commonwealth (1901), observed: “It enables the Parliament to deal with the people of any alien race after they have entered the Commonwealth; to localise them within defined areas, to restrict their migration, to confine them to certain occupations, or to give them special protection and secure their return after a certain period to the country whence they came.” There were delegates, however, at the 1898 Convention against the use of legislative power to deal specifically with alien races. The scope of s 51(xxvi), is, subject to the Constitution itself, unfettered, in keeping with s 51 granting plenary powers to the Commonwealth (see Kartinyeri v Commonwealth (1998) 195 CLR 337, 355). Section 51(xxvi) supports the rejection of legal equality requirements when considering legislation otherwise validly enacted under the Constitution (see Brennan CJ in Kruger v Commonwealth (1997) 190 CLR 1, 44-45). Legislation empowered by other constitutional powers (such as the Northern Territory National Emergency Response Act 2007 (Cth), which is empowered by s 122) may be racially discriminatory (see Kruger v Commonwealth). In Kartinyeri v Commonwealth, the High Court was split on whether s 51(xxvi) could be used to enact legislation that adversely discriminated on the basis of race (see Gummow and Hayne JJ).[2]
In a report delivered to the Australian prime minister on 19 January 2012, it was recommended that a referendum be held for the repeal of s 51(xxvi), to be replaced by s 51A (which empowers the Commonwealth to make laws for Indigenous Australians, but also recognises Aboriginal and Torres Strait Islanders as Australia’s first peoples) and s 116A (which prohibits racially discriminatory legislation or the making of laws under s51A that are not for the benefit of Indigenous peoples).[3] The report also proposed the insertion of a new s 51A which would permit the Parliament to make laws “with respect to Aboriginal and Torres Strait Islander peoples”.
The sections of the Australian constitution that allow racial discrimination by government should be removed as follows: